HomeFertilityThe Pill – is it for you? 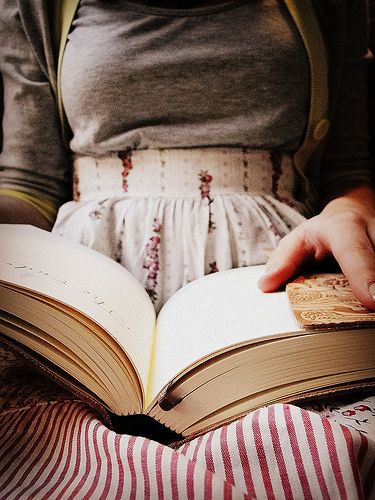 The oral contraceptive pill (OCP) is the most used pharmaceutical, world wide. Most women have taken it at some stage during their life, Many young women are being prescribed the pill to ‘sort out’ a wide variety of health issues including acne, endometreosis and poly cystic ovarian syndrome. The truth is, the pill isn’t the solution to these problems. It acts as a band aid to ‘cover up’ the true issue and whilst some women think they are ok taking it, it isn’t until the stop they realise just how awful they felt whist they were on it.

The pill interferes with fertility – because it is designed to do so. This isn’t a side effect, it is it’s main reason for existing – to stop you from falling pregnant.

I’ve been wanting to write about the pill for a long time now. My reservations were not in giving my opinion but more in the realisation that it is such a mutifaceted issue. I wanted to write about the pill to explain and educate – providing enough information for women to make their own conclusion. As a practitioner I certainly don’t judge women who take the pill, however I do like to make them aware just how many of their complaints may be easily alleviated without taking the pill. To do this accuratly I’ve decided to write a series of posts to ensure that I can deliver all the information I can.

The number one problem with the pill is that when it is prescribed very little information about what the pill does is evergiven to a patient. I will never forget asking around my mothers group as to who wasn’t on the mini pill. I was totally shocked to find out that I was the only woman there not taking it. When I asked why they were taking it – most of them could only say they did it because their doctor told them they needed to. I understand just as much as the next person that falling pregnant again soon after having a child is more than likely on the bottom of the to do list – in fact for most it’s on top of the DO NOT list. But understanding when you are fertile and when you are not would be far more useful than handing a woman a pill packet, as if the buck stopped there and she didn’t have to worry about it any longer. Was there any mention of mood swings, constant spotting or bleeding and just not feeling quite right? And would most women simply put this down to normal post-partum happenings, especially if it was their first time? For a breast feeding woman hormones taken in via the pill will be passed onto the child via the breast milk – contributing to a host of issues including behavioural problems, increased allergies, diabetes and learning issues.

When I talk about the pill, I refer to all synthetic hormone contraceptives including the mini pill, the combined pill, implants such as mirena (TM), Inter Uterine Devices (IUD’s), vaginal rings, and patches. When the pill was initially introduced manufacturers told women and practitioners it was safe. They soon realised it was far from the truth and the source of a long list of nasty side effects, including deaths from blood clotting, strokes, amputations and permanent damage. What was done about it? Warnings were put on the packaging and doses were altered. However, the current generation oral contraceptive pills still come with the same warnings and have considerable side effects as well as cause substational nutritional inbalances which lead to a host of other issues (and when I say host – I mean a MASSIVE list).

Fact: Women who take the pill are nearly ten times the risk of dying from pulmonary embolism (a blood clot reaching the heart) than those who aren’t taking it. (1)

After post pill infertility and migraines, the most common complaint I see in the clinic is low libido of women taking the pill. Scientists have discovered that the chemicals produced in the body as a result of the pill to stop ovulation continue to suppress testosterone levels – central to sexual desire in both men and women. This can continue for up to four years once a woman stops taking it. I find this quite ironic because in theory, you can’t get pregnant whilst on the pill – but if you don’t want sex whilst on the pill, then you can’t get pregnant anyway! Don’t think it stops there – lets add to that mood swings, weight gain, brittle bones and migraines. These are just four more of the most commonly seen side effects of the pill. Time and time again I hear women report (especially those who haven’t been on the pill but need to take it as part of IVF treatment) how they feel ‘psycho’ on the pill, as if they could murder somebody or cry for no reason. This is what incorrect levels of hormones do! If they are doing that to our moods, think about what that is doing to our insides. The fact remains that the hormones in the pill aim to mimic hormones in your body however they are not identical to your natural hormones. This is also because a normal dose of the pill is four times the amount of oestrogen normally present in the body. Pills are a “one size fits all”, however if no two bodies are the same, it be comes easy to recognise why so many women experince negative side effects.

The pill also directly affects the liver. The liver in chinese medicine is responsible for moving energy around the body (in the form of blood and nutrients). The pill very often stagnates this energy meaning that the body isn’t nourished adequately. This is why so many women experience migraines, headaches and even weight whilst taking the OCP. It affects the normal rhythm of the body. Migraines are found to be 40% more common amongst pill users than those who don’t take it. For women who are already having migraines, taking the pill can seriously exacerbate these problems. Often GP’s will try various pills to see if that makes a difference to the patient. Fact remains they are all a variation of the next and in most instances the headaches remain. It’s can be a dangerous combination – the increased oestrogen in the body of migraine sufferers isn’t a good thing. (2)

The most outstanding piece of information I have ever read about the pill is how it alters our attraction to the opposite sex. A recent study found that women on the pill see the world more platonically. They were shown images of naked women and men. Those on the pill reported a much more neutral view as opposed to those who didn’t take the pill who were easily able to imagine sexual scenes from viewing the pictures. It was also noted that those who were on the pill were far less charmed at seeing pictures of babies – hinting that the pill’s influence on reproductive interest. 3. And here is the best bit. Certain volatile fatty acids – named ‘couplins’ (not kidding, that is truly the real name) are secreted in the vagina and stimulate male sexual interest and behaviour. Women on the pill do not secrete couplins. I’m sure there are dozens more of these little impacts the pill has on our bodies that we aren’t aware of – and again, this is the reason why many women feel so different when coming off the pill. (3)

Of the most importance of those taking the pill is its effectiveness and it’s ability to prevent pregnancy. But the thing is – it isn’t all it is cracked up to be. In America alone some 6 million pregnancies occur in woman taking the pill. This isn’t necessarily because they weren’t taking it correctly. So many factors affect its ability to work. An Australian study of women ages eighteen to 39 on the pill who weighed 70 kilos or more found that they were 60 percent more likely to have their pill fail than women who weighed less. The average women in Australia weighs 66.6 kilos. Professor Dr Victoria Holt says because women who weigh more have a higher metabolic rate, they need higher levels of hormones to prevent pregnancy – demonstrating again, it isn’t a one size fits all kinda situation. It’s also thought that because the pill is toxic and our bodies trap toxins in our fat stores, the pill may also be less effective in overweight women as it isn’t where it needs to be to work – in the blood stream. (4)

Knowing your body and reading it’s signs is the absolute best way of knowing when you are fertile and when you aren’t. If you aren’t able to distinguish ovulation signs or you don’t have a regular cycle, it’s sure time you found out why. My masterclass Debunking Ovulation has you covered – it’s 2 jam packed hours helping you to understand your menstrual cycle no matte if it is long, short or something in-between. What’s more if you have stopped taking the pill in preparation to have a baby, a minimum of 6 months is essential to have the body back on track.

You are vulnerable to a host of issues as the pill alters how your body metabolises nutrients, robbing it of essential vitamins and minerals. If pregnancy occurs immediately after stopping the pill it is detrimental to ensure you are on the best quality multi vitamin and fish oil money can buy. Zinc is one of the major essentials severely drawn out via the pill. Guess what happens to a zinc deficient woman? They have less elastic skin, they have perineums that don’t stretch but tear in labour, have cracked nipples and prolonged labours. Zinc is essential to maintain good copper/zinc ratio in the body – vital, since high levels of copper have been linked to depression. Zinc deficient babies (as passed on by the mother) are more jittery and more likely to cry a lot.

It certainly isn’t a winning combo – a Zinc deficient, depressed breast feeding mother coupled with a zinc deficient upset baby. Simply taking a multi vitamin alone may not be the saving grace – it will certainly help but if you have come off the pill and things aren’t feeling right or going back to ‘normal’ (with your menstrual cycle) seek help as soon as possible – it can be easily treated with natural methods including chinese medicine (being one of the best and most effective forms). (5)

I’ve talked more specifically about several related topics you may want to learn more about include:

Be encouraged to ask questions. Please do not miss-understand that there are some instances that the pill has provided an excellent short term treatment to women. Fact remains however that for most, it isn’t a long term solution without nasty side effects – and so educating women to make decisions based on what their body is reporting to them provides a much more empowering experience than any little pill packet can ever deliver.