Can you ovulate whilst on the pill?

HomeFertilityCan you ovulate whilst on the pill? 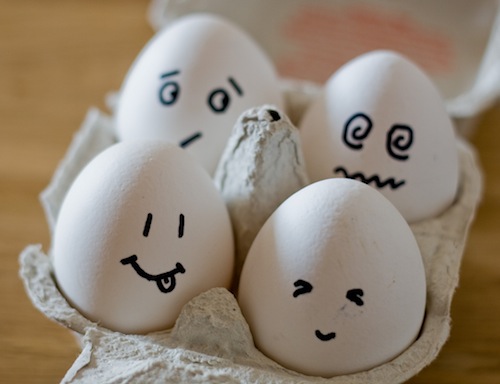 My heart hurts at the amount of stuff we just don’t know about ourselves as women. I believe with all my being that every woman has the right to know as much as she can about herself and how her body works.  Unfortunately the main reason we have disconnected from ourselves and we don’t know how to read our signs and symptoms is because of the pill.  After all, it’s designed to take everything ‘offline’, meaning that you don’t experience the ebbs and flows of the menstrual cycle, your hormones aren’t communicating with you like they are designed to do and really, we are left with little idea to what is actually going on in there.

At one of my events last week, I spoke quite strongly about the pill and how it was never designed to be the treatment for acne, painful periods, no periods, irregular periods, PMS, PCOS or other hormone imbalance. The pill was designed to be a contraceptive, to stop the series of events within our bodies that create the potential for a new life to be created. The biggest issue now is that is it being prescribed for almost all hormone imbalances and of course, it doesn’t actually treat the issue at all, but in many cases we’re finding it eventually makes the problem much worse. Think of a bandage around a hose covering a hole and the end of the hose being blocked. Eventually something is going to give! You’re body is much like this. If you ignore the real signs and symptoms and don’t get to the bottom of treating the root cause, it will never be fixed.

What struck me most at this event on the weekend was a beautiful young girl who told us that even though she was on the pill, she could feel her body doing it’s normal thing each month. She believed she could feel ovulation and of course experience her period each month.

Know this:  Whilst on the pill, you do not ovulate.

Also know this:  The bleed you experience on the pill isn’t a ‘period’ but a withdrawal bleed from hormones.

The number one misunderstanding of women on the pill is that they are getting a period. As we know, the pill is prescribed to technically ‘regulate’ menstrual cycles. Reality is, the only way to regulate a menstrual cycle is to actually fix the core problem. Sadly we’re lead to believe that the pill will offer this solution, rather easily. It couldn’t be further from the truth.

Also know this:  The correct medical term for what the pill does is ovarian castration.

But truth be known – it stops the ovaries from working. It stops them in their tracks from producing follicles ready for ovulation each month. Because that is what it is designed to do.

Technically this is what should be happening but here’s the thing. The pill fails many many women and not because they haven’t taken it correctly. There are so many reasons why the pill fails to work as promised. One of the most astounding things (and we’ve discussed this before in detail here) the pill will do is see a woman gain weight due to excess oestrogen in the system. Now the actual dose of the pill is for a woman of around 64kg (what’s considered the average weight). But if the pill is making us gain weight, for many, it is rapidly becoming ineffective.

So we must understand that under normal circumstances whilst on the pill, we do not ovulate and we do not get a ‘period.’ What we get is a whole lot of load on the body, a digestive system that starts to be effected and the gut bacteria balance upset, a body that’s nutrient stores begin to rapidly deplete and a body that can’t adequately absorb nutrients because the gut health is so far compromised.

I’d encourage you, if you are on the pill for health reasons – fixing the problem is the only long-term solution. Maybe your GP, who typically is your first point of call on these matters, has been lead to believe that the pill is perfectly safe. However I invite you to come and sit in the waiting room of my clinic and ask every woman who has been on the pill if she is going back on it, and I’m willing to bet 9/10 say no way in hell. Because they’ve experienced a swag of issues that the pill has only amplified.

Above all, don’t take my word for it. Do your research and get informed so that you can go and make an educated decision about your own health. Nobody should be more interested in your health than you.

And finally I heard that a well know pharmaceutical company owner once said his best clients were women who took the pill in their 20’s and were back in their 30’s for medications to force ovulation. Somebody knows something that they’re not telling us!  I don’t have a direct quote, but sounds about right unfortunately.

On the pill and not sure what to do next?  Debunking PCOS, is here to help!  This masterclass you can watch (much like a tutorial) from the comfort of your couch.  Don’t be put off by the name, the same 5 steps I outline to help transition your body if you have PCOS are the same I advocate for if you have hormone imbalance – the fundamentals don’t really change across all types of imbalance.  It’s what you do day to day, in your own life that counts the most.  I want to make sure EVERY women has the chance to learn more about herself and how to take control of her own hormonal health because chances are it isn’t anything like the girl sitting next door!