The Essure fail – Why women of the world need your help.

HomeHormonesThe Essure fail – Why women of the world... 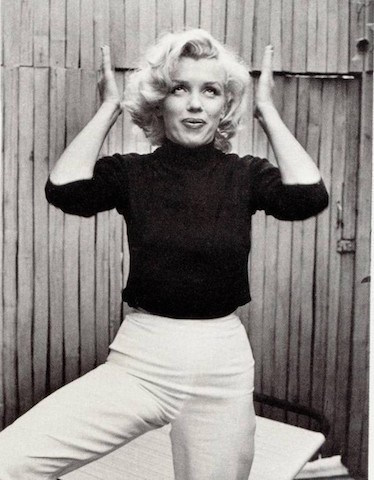 As an advocate for women’s health, who isn’t shy to scream it from the roof tops, it’s probably not shocking for you to see my get my knickers in a knot over the Essure story that broke yesterday.  But that’s not necessarily the only reason I’m bashing at my keyboard right now.  It’s so very encouraging to receive so many messages and comments of support that keep me motivated as a spokesperson for you, women, just like me, who wish to continue to approach their own health guided with truthful information.  If you didn’t yet realise it, I’m a fan of you and I love what happens when communities unite.  It’s with this in mind, I feel so strongly to utilise this story to help women rally together for the information we all so greatly deserve.

I went to bed with a really heavy heart last night, knowing that this kind of health gamble continues to exist daily, not limited to those who have fallen victim to the Essure device but across the contraceptive game in general.  This is, however a perfect opportunity to continue to raise awareness around the misconceptions and downfalls of birth control.  If you missed it, yesterday the media was hot on the tail of the Essure product – a permanent sterilisation procedure for women where a soft coil spring is inserted into the fallopian tubes on each side.  Eventually scar tissue grows over the coil, hopefully blocking the tubes in a bid to prevent pregnancy.  Whilst I cringe a little (ok a lot) with how this actually compromises the womb, I can see why the procedure could be very appealing to women.  A simple 15 minute procedure that can be completed in the Doctors office and have you on your merry way 45 minutes later – sounds like a winner not to mention the low cost in comparison to other preventative measures.  Low fuss for busy women is always going to be a great draw card.

According to last nights story, some 750,000 women have had the device fitted.  From these known figures over 21,000 women have either had the device fail (resulting in unwanted pregnancy) or left them in serious trouble.  That’s a fail rate of almost 30% and that’s only from those women who are putting up their hands and speaking out.  We’re not talking small side effects either, we’re talking chronic pain (the coils have been known to migrate to other areas of the body), hysterectomies and reports of death as a direct result of Essure.  I for one, am not surprised.

Dr Shawn Tassone was previously an advocate and fitting Essure devices as well as training other doctors to do the same.  Initially, he believed it was a good procedure and continued to defend women who suggested otherwise.  That was until he eventually began looking into his patients nasty side effects.  In time, Dr Tassone stopped advocating for the product as the numbers of affected women continued to rapidly rise.  He said, “I don’t feel like we got properly informed from the company in the beginning… it’s really cliche these days to say be conspiracy theorist about big pharmacy, big companies but you know there is a due diligence that they need to do and I think maybe in this instance something didn’t happen that was supposed to happen.” This leads me to what I see is the obvious (although at times I feel like I’m a lone rider here) if this is happening with one contraceptive product I bet my last dollar it’s happening with them all.  We are not being told the whole story, over and over again.  We know that the pill, the mirena, the implanon and alike all come with serious side effects that time after time, women are told they are ‘perfectly safe,’ that doctor knows best and in many cases we are made to feel stupid and belittled for questioning our health care professionals who we respect and trust.  I ask the question, just how many women have to loose their uterus, their sanity, tubes, ovaries, breasts and lives for us to really get answers?

In the same interview, consumer advocate (I’m a mad fan), Erin Brockovich spoke out. “The physicians are brainwashed by the pharmaceutical that this is great! (the product).”  To this I say THANK YOU and thank goodness that gorgeous women like Erin who have a strong voice are starting to realise that not everything is as it seems.  Thank goodness we are starting to rally and question everything because this is as far as I can see it, the only way we can truthfully get answers.

Whilst Dr Shawn felt as though he was misinformed (as I’m sure many doctors do), we can’t hold doctors solely responsible however I strongly feel that doctors have a due diligence to really start doing some ground work and not take everything as face value.  It’s also important to say not all GP’s are in this basket and there are some doing great work but sadly I find them the minority.  I can’t help but ask if these large companies are interested in our health at all? Is that their motivation?  I once heard it said that one of the largest pharmaceutical companies producing the oral contraceptive pill voiced that women on birth control were their best customers because they also knew many of them would rely on using their fertility drugs to fall pregnant.  One of the most common side effect of the pill is messy menstrual cycles making it really difficult to fall pregnant at least in the months coming off the pill.

If a woman was on the pill for health related reasons (in which it’s important to add that most gynaecological issues can be addressed in some way and the pill doesn’t actually provide a solution) who’s advocating for actually fixing the problem rather than the bandaid solution?  With so many cases and reports of terrible health problems as a direct result of contraception products, there is an absolute need for somebody to step in.  Perhaps it’s my line of work, but my rose goggles turned a horrid shade of red a long time ago from being mad, fed up and frustrated from the daily observation of the horrible effects contraceptions are having on women.  We are living at a time where infertility rates are through the roof yet we are constantly trying to figure our why.  There are some good reasons for this and I for one believe contraceptions can be one of the factors involved in compromised health and fertility.

Of course, there are women who feel they remain unaffected using contraceptions, sadly I just don’t see them in my clinic.  I’ve written many posts about the pill (not limited to the oral contraceptive pill but extending to all synthetic forms of contraception). My biggest call in life is to help women seek answers, to get truthful information and make decisions with a sound foundation of knowledge and to show them there is another way that is effective.  I am here to help women understand themselves better and as an added bonus, the more you learn about yourself, the less of a need for invasive, failing and dangerous contraceptive measures.

I’m calling action.  It’s time for women to come together, to take a stance and get informed.  It’s time we asked our doctors to step up and get more info and it’s time the consumer watch dog and government step in to look at what’s really going on here.  These bodies we believe are there to protect us and we place great faith in them but sadly it seems, we are being let down all too often.

So this starts with you.  I’m asking you to share this post today, to get the message out, to ignite curiosity and to really start to make waves.  We all deserve health and it’s nobodies right to take that away from us.