Soy – the good, the bad and the ugly.

HomeHormonesSoy – the good, the bad and the ugly. 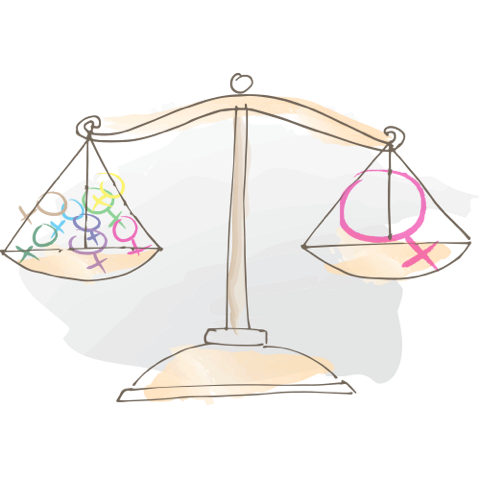 You know what I love most?  I love it when you email me questions to give me a little insight into your world.  And a recent mail that hit my account (as well as feature several times in the latest ‘ask Dr Nat’ that pops up over on Facebook or Instagram each week – you do follow us there right?) asked if I could dish up the real deal when it came to soy – the good, the bad and the ugly.

There is so much confusion around soy and your lady parts it seems like a good topic to cover.  It appears, some people have found soy to be their knight in shining armour and for others, it’s like the fiery dragon.  Gaining some good awareness around it’s benefits and downfalls will not only help you educate yourself (and we’re mad for a bit of that!) but equally allow you to make your own decision based on your very one unique self!  Winning!  So let’s see – is soy for you?

Soy is a strong source of a group of phytoestrogens called isoflavones –  a naturally occurring compound found in plants that acts like oestrogen in our body.  Even a small amount of isoflavones can have a remarkable affect on your precious bod.

The problem lies not so much in the soy itself, but sadly that it has made its way into almost all packaged foods, breads, baby formula (yikes), sauces and as a result we are consuming extremely high quantities like never before.

Oh and lets not forget soy milk – it has become a common stand in for many as an alternative to dairy milk.  The consumption of minimally processed soy products like tempe and tofu for many has also increased in western cultures over recent times.

The pro’s and con’s of soy

Let’s shine a light on the positives first.  It’s very well recognised that in some Asian cultures, soy is a staple part of the diet, especially unprocessed forms like cooked tofu and miso.  Women in these countries have a lower rate of breast cancer (we discuss how soy raises caution around breast cancer shortly) in comparison to women on the average western diet.

There has also been evidence to suggest that soy protein is useful for cardiovascular disease and osteoporosis in postmenopausal women.

Science tells us that the oestrogen mimicking component of soy can interfere with hormone function extending to growth and sexual organ abnormalities, as well as decreased fertility.  Soy also affects breast tissue according to several studies, linking it to breast cancer (confused yet?).

Because of its influence over oestrogen it can affect women going through menopause too, since menopause is a result of lowering/changing hormone levels.  This becomes an issue due to the influence of the isoflavones on the hormones.  Oestrogen can’t easily decline when influences like soy are topping it up frequently.

It’s important to know that most studies around soy are preformed using highly processed and concentrated forms of phytoestrogens – and not necessarily around the naturally occurring, easily digestible forms of soy.  It comes down to this point – it’s not so much that ‘soy’ is the bad guy per say, but the type of soy we are consuming and how much we are having (and with what food combination also being an important factor) all alongside how well our bodies can digest it.

How to properly eat soy

You see, when we (in the west) discovered the benefits of soy (mostly because we clued onto the fact that the Japanese were onto a real good thing) we set about ‘creating’ or isolating, processing and ‘stuffing it up’ so to speak, turning it into an ‘edible thing’ or so we thought.

We got pretty excited in the process and fairly soon we were eating this ‘new’ version of soy in massive amounts, downing say a protein shake in place of a well balanced meal or sipping on delicious soy lattes because we now could (since dairy used to send you to the bathroom).

In the east they have long turned to food and plants as medicine.  The type of soy eaten as part of their regular diet is a far cry from the processed form we may all be eating without actually knowing.  And now, as you read on you’re discovering processed soy isn’t complimentary at all!

Perhaps this helps you begin to understand why soy has been linked to breast cancer but why women of the east are less likely to get breast cancer.  These women don’t follow the often harmful western diet, their gut health is on the whole, excellent and they can readily digest soy in its natural form.  They are eating soy as nature intended.

But too often in the west, our diet and lifestyle has compromised our digestive health and on top of that we’ve perhaps thought we were doing the right thing by switching to soy, not only to find we can’t digest it, but it’s affecting our hormones too.

Soy isn’t the only known isoflavone – broccoli, cauliflower are from the same family amongst others.  Perhaps if we were to also isolate the isoflavones in broccoli and alike, we’d run into the same issues – because these foods are whole foods and very happy in their true form – exactly the way nature intended.  It’s in the processing of such foods that dangers lie – they become near impossible to digest, and when digestion fails, disease will soon surely follow.

So in a nut shell – is soy bad?  It all depends on how you are eating it.

Let’s not also forget in the east, soy isn’t eaten alone.  Chugging down a full plate of tofu is about as likely as you sitting down to a bowl of ghee. It’s included alongside plenty of vegetables and meats and in smaller portions to create a well balanced meal often cooked with other aromatic balancing ingredients like ginger.  This is the best way to eat soy – a little fermented variety will actually have a positive effect but like anything, too much and it will begin to play games with your endocrine system.

Not only is processed soy damn hard to digest, it isn’t supposed to be eaten ‘isolated.’  A whole food (we know where we went wrong with low fats debacle – this is just another example of the fat saga!)

To help you decipher the good from the bad, here is my in and out list;

+ processed soy ‘products’ like meat substitutes including soy sausages, patties and anything that resembles something from your butcher but isn’t.  As a general rule, foods pretending to be something other than itself should ring mental alarms.  Nobody likes a fake, just saying.

+ protein shakes with soy powder as the primary ingredient

+ be wary of infant formula – and if your baby has been put onto a soy formula, look at your options.  Understand if they are in fact intolerant to casein (the protein) or actually allergic.  If it’s a case of intolerant, it’s important to build gut health and consider alternatives like goats milk which is easier to digest.

Check your labels, soy isolate has made it’s way into your sauces, breads, biscuits – in so many processed foods to act as a binding agent.  Get savvy with your labels and know what you are eating.  Always.

BUT and here’s the big BUT, for those with known oestrogen dominant, thyroid or gut problems, it’s best to keep soy on the absolute low down or for a period of time, refrain completely.  Very often, it’s not necessarily the soy itself but the fact that the digestive system can’t deal with the load.

And for those who have been told that soy is their ‘treatment’ when it comes to low oestrogen, think again.  First work out why oestrogen is low – it most likely comes back to poor gut health and below average assimilation of foods, meaning you can eat all the soy on the planet, but if you can’t digest it, it’s useless.

Above all, good old common sense tells us like most things in life, in small amounts, soy can be fabulous.  Over eat it and your body will quickly tell you it can’t deal with your soy consumption by way of symptoms like ovulation pain, weight gain, anxiety, depression, PMS and fatigue.  Allow your body to guide you as to what works for you.  You may need to experiment a little but you’ll soon learn what’s right for your uniquely beautiful self.

I’d love to hear your thoughts – why you love or loathe soy and the choices you’ve made for yourself.  After all, you might help somebody else understand themselves better too.

Get your finger in a slice of your own health pie and join us – The Real Truth About Hormones brings you a host of exclusive content, offers, gifts, access to a community of women and more.  To find out what it’s all about, head here.  A whole new world awaits!