Getting Ovulation Right – and why predictor kits just don’t work

HomeFertilityGetting Ovulation Right – and why... 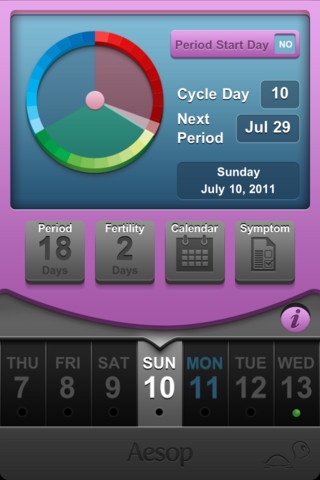 I’m finding an increasing amount of women relying on Ovulation Prediction Kits (OPK’s) to help detect ovulation. Not familiar with an OPK? It works similar to a pregnancy test, where a woman will use her urine to help detect a hormone surge to predict/confirm ovulation. I don’t really like them – here’s why.

Firstly, we can’t assume all women ovulate on cycle day 14 (hence why we might use an OPK). However, many women will use them until they start to see signs of a ‘surge’ of hormone. Fine in theory. But. There’s always a but. There are so many reasons why we may ‘attempt’ to ovulate, but for whatever reason, not actually follow through with the job (think stress, diet changes, weight loss, weight gain, medications and so on). This effectively means that a woman may be gearing up to ovulate on cycle day 14, but for whatever reason, ovulation doesn’t actually occur – the body is clever, it simply comes back a few days later and tries again. So effectively, we may ovulate on say cycle day 18 – but we’ve stopped using the OPK by now, because we detected the serge 4 days prior. Boat missed. This is why many women will come to me and say “I’m not ovulating!” Truth be told – most actually are – it is just later than they are testing.

Second to this – if you are an irregular ovulator – you really need to be testing many times throughout the month. This can be tiresome and not necessarily useful when used as the only way to seek confirmation.

Thirdly – they are really expensive, especially if they are being used many times in the month. Since when did baby making get so darn costly? Really – if you are a bit all over the shop on the ovulation front, predicting it is just part of the equation. It’s a good idea to get answers as to why it is so irregular. But if you know why (PCOS or hormone imbalance), it’s equally as useful to fix the problem (and we do this at The Pagoda Tree) – so that ovulation becomes clear and concise.

Now, having said I don’t really like OPK’s and explaining why – they can be useful when used in conjunction with other key symptoms. Detecting ovulation by the signs and symptoms of your own body is key. It’s really not that hard, and I have promised an ovulation tutorial to come. Look out for this in the coming days – it’s going to make things so much clearer if it all seems a bit grey. Remember – your body talks to you every single day, it’s just a matter or learning to listen and understanding it’s language.

What are your signs of ovulation? Are you getting it right?