6 of the worst things, I once thought were doing me good

HomeLifestyle6 of the worst things, I once thought were... 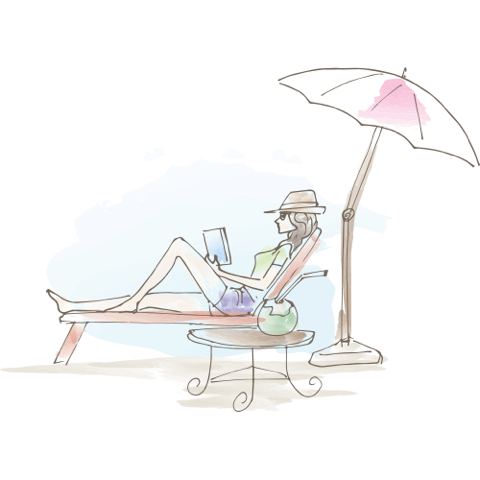 Throughout my time as a wellness professional I’ve seen some pretty silly things.  Throughout my life, I’ve done things equally as stupid.  May it be said, let logic prevail.  We’ve all be there – cruising along thinking we were doing something ridiculously healthy for ourselves, but only in hindsight realise just how it was never going to be a good idea.  So in the spirit of common sense, here are 6 things I once thought were healthier than a kale leaf that turned out to be the complete opposite.

Soy.  I was one a soy latte sipping kind of girl.  I loved nothing more than a soy latte with honey.  I had noticed that when I switched over from dairy to soy, I effortlessly lost weight and I certainly wasn’t complaining.  But over time, my hormones started hating on me and it began having an opposite effect.  We’ve spoken extensively about soy here before.  Bottom line, soy is a phytoestrogen that mimics oestrogen in our body.  The biggest problem is that now days soy is more modified than your favourite teenager’s holden commodore.  It’s also in almost everything in it’s modified form.  If you’re going to eat soy, be mindful of which kinds are best.

Belly piercing.  I’ve written about this before.  Here’s a little excerpt.

When a piercing is placed in CV 8 – the acupuncture point relating to the navel (or anywhere for that matter) it creates a physical blockage – meaning that the energy flow is compromised and can’t pass freely (if at all) through the channel. If it all sounds a bit hippy – there is now research that confirms acupuncture channels definitely exist. Now, obstruction of energy flow around the body may not sound like a big deal to you – but for me as an acupuncturist, it kinda makes me grimace – a lot. And here’s some news for you – I was a victim to the channel blocking belly piercing too. Mine spat itself out within the first 2 months of my first pregnancy. Seems my body was clever enough to realise it wasn’t on my best ideas list.

If you’re suffering from amenorrhea (no periods), dysmenorrhea (period pain), heavy periods, irregular periods, fertility issues, endometriosis, poly cystic ovarian, syndrome, fibroids or you just resonate with what I’m saying – it may be time to take it out. It’s especially relevant to those trying for a baby without too much luck. Just because you don’t already show signs of it being an issue doesn’t mean they won’t develop.  It’s just another way we can help take another step toward a more fertile, healthier you.

Protein Powder.  Not are all built the same.  I remember I was an ‘after the gym protein shake guzzler’ once upon a dumbbell.  Like many others before me, I thought it was really good for my insides.  Little did I realise many of those shakes are super nasty, laden with chemicals, sweeteners and other rubbish.  I have to say, there are a few good protein powders I’ve come to love, I generally include them in my snacks (like amazeballs or slices) rather than drink them.  I’m no way endorsed by these peeps but my faves are Bare Blends and Sun Warrior.

Low Fat.  This kinda goes without saying, but it was one of those fads I fell into for over a decade.  Now days, most of the foods that I would have previously eaten the ‘low fat’ or ‘sugar free’ option, I no longer even eat their full fat version.  Your hormones are made of fats and protein – we must eat them to be fuelled adequately.  Healthy fats also help us to feel satisfied and turn off the hunger mechanism in our brain.  They are an essential part of any humans life!

Artificial sweeteners.  Nobody likes a fake, sweeteners included.  People still to this day will continue to utilise artificial sweeteners as if they are doing their bodies some massive favour.  Let it be known, such foods are extremely dangerous, in fact they aren’t food but chemicals posing as food.  I once read that artificial sweetness snuck into our soft drinks way back when after they had repeatedly been unapproved by the FDA (US Food and Drug Administration) because they were such a health risk.  But once they were in, they were in and then the flood gates opened.  Bottom line, aspatane fries your nerve endings breaking down the blood-brain barrier and allowing toxins to move directly into the bloodstream.  Yikes!  It’s a myth that it helps us maintain healthy weight (because when our nutritional needs aren’t met, we end up eating more food any way – since there is ZERO nutritional value in artificial sweeteners).  They’ve also been linked to cancer (especially of the brain and kidney), birth defects, diabetes, chronic fatigue, MS, low sperm count, epilepsy, graves disease, headaches, dizziness, and Parkinson’s disease to name some.  Who wants a bit of disease in a sachet?

Best news is, if you are a ‘sweeter’ kind of person there are so many good alternatives!  You might like to read more in depth in my co authored book Eat Fat, Be Thin.  Find your alternative and please move away from dangerous sweeteners that are making us sick (and fat!)

Stress.  There was a time in my life that I thought it was cool to stress.  Stress made me feel important – like I held my place in this world.  I now know different.  But stress is ‘the bugger.’  It’s so hard to manage, identify and so difficult to find our own way to overcome it.  But we must.  Stress upsets our hormones and for men, it will ruin their libido and affect sperm quality at the very least.  For women, it’s an even bigger wrecking ball.  It affects our menstrual cycles, it’s one of the contributing factors to PCOS, Endometriosis and general hormone imbalance, it stops us going through menopause effectively and makes us momentarily infertile.  If you want more on stress and how to get that under wraps, you must check out Debunking Stress.  That will give you my very best tools on how to tackle that persistent gremlin. Stress isn’t just being busy, it’s overall pressure from life.  Over exercising is stressful for your body as is a poor diet or unhealthy thoughts.  Who knew!?  I’d love to help you more on this one – I firmly believe unlocking stress is the key to overall wellness.

I’d love to hear your ‘dumbest’ thing you once thought was doing you good in the comments section below.  Chances are, you’re not alone!