Precocious Puberty. Here’s what you need to know.

HomeUncategorizedPrecocious Puberty. Here’s what you... 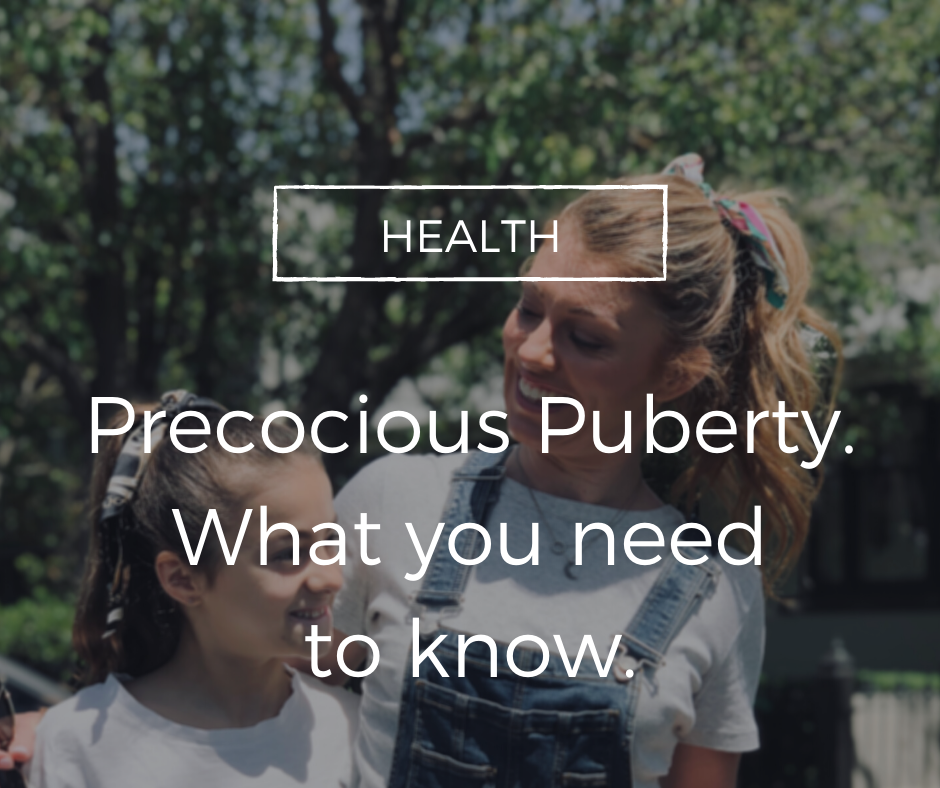 Statistics show that this is the reality for what’s said to be ‘a small number of children’ however, in more recent times I’m coming to see an increasing number of children presenting in my clinic as well as worried mothers reaching out over socials asking for advice.

It’s said that precocious puberty (early puberty) affects as little as 1 in 5000-10,000 children and is more common in girls than boys.  Most concerned parents are told there aren’t any apparent causative factors although there may be some reasons discussed below as to why we see early onset puberty present.  These reasons are definitely less common.

Whatever the case, having as much information as possible during the time of diagnosis may help ease the minds of worried parents and help you to ask the right questions your health care team to find the right treatment approach.

I feel it is important to outline what normal puberty looks like in a nut shell (and as I do so in proper detail in my book, Beautiful You).  Puberty is the natural progression of maturation which takes place over several years.  In fact, if you’re reading this, chances are, you’ve probably been through it. 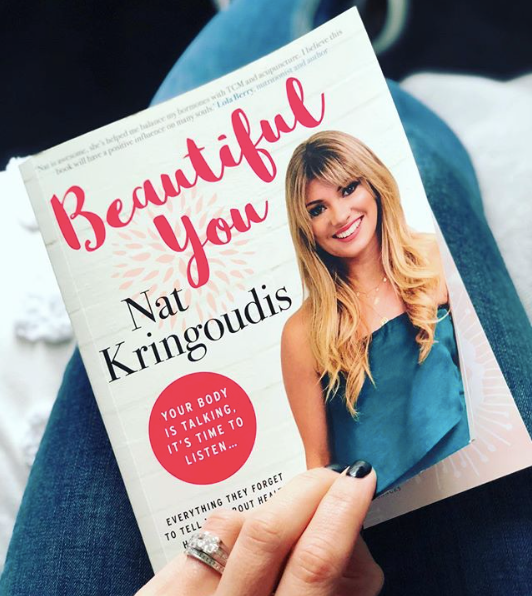 Puberty is triggered by the hypothalamus in the brain.  The hypothalamus begins to secrete gonadotrophin releasing hormones (GnRH) which stimulates the pituitary gland to begin releasing luteinising hormone (LH) and follicle stimulating hormone (FSH).  These then stimulate the sex hormones in both male and females in either the testes or ovaries which further stimulate the right sex hormones (ie oestrogen) which triggers other signs of puberty to follow.

As you can see, it most certainly is a cascade of events, all of which are extremely important in development and all in fine timing.

But what happens when puberty is triggered early?  And why…

It said that for the majority of cases, there appears to be no underlying cause however I have come to observe in clinic that there appears to be a correlation between high childhood stress and precocious puberty.  I also have my suspicious that other environmental factors may be at play however there is still little to confirm this is a factor.

My thoughts; more research needs to be done with this in mind.

The earliest case of precocious puberty appears to be reported in 1827.  One article states that ‘she’ was born with pubic hair and got her period at age 3. (2) Whilst I understand this was very rare at the time, I can’t feel that rates are increasing.

Known factors however can be

a) issue with the brain, b) infection or c) genetic abnormality in the reproductive organs or adrenals which cause an overproduction of hormones. (3)

Precocious puberty can be further divided into central and peripheral puberty.  Central refers to that which is triggered via some kind of issue relating to the brain, be it a tumour or growth or radiation which begins to stimulate GnRH.

Peripheral puberty, unlike central, refers to that which is not related to the brain, but a result of the issue residing in the reproductive organs or the adrenals, thyroid, genetic abnormalities, exposure to chemicals or certain medications in early childhood.

The majority of cases however are not thought to be serious or affect the child long term however, the child will transition through puberty earlier than most which for girls will see them getting their period earlier also.

It remains unclear to me, as to if this can affect hormones in later years in life (ie menopause) or how it may impact fertility and other hormone transitions.

The symptoms are usually easy to spot

Most commonly, parents will notice that their children ‘kindly’ start to share their body odour and begin to develop hair both in the pubic region and under the armpits.  It is at this point that your doctor should order your child a blood test to confirm if they indeed have higher levels of sex hormones for their age and investigate why this may be happening.

For girls, this is fairly soon after seen by the development of breast buds, followed by the other normal signs of puberty including acne, sudden growth spurt, cervical fluid (vaginal discharge) as well as beginning to menstruate.

For boys, alongside pubic hair growth, normal but early signs of puberty will also show including growth spurt and increased muscle, acne, lowering/deepening of the voice, enlargement of the testicles and penis and facial hair.

All in all, these are a natural progression, it is simply that for those with precocious puberty they are seen far earlier, as young as 5 or 6 but typically before the normal age of 8.

Those at higher risk

There are a few factors to mention that are reported to come with a greater incidence – that being those who are obese, female and also those who are of African American decent all appear to have a greater chance of early puberty.

Depending on the age of the child, treatments may or may not be advised.  This also depends on the nature or reason behind early onset and the timing.  Hormones may be prescribed to slow down puberty until the child is closer to the normal age.  This may also be necessary to slow down bone growth for the rapidly developing child which may result in the child not growing to his or hers full potential. (4)

I do feel it is somewhat important to discuss precocious puberty, not just for those who are experiencing the worry of early development, but also for us collectively to consider.  As mentioned, I can’t help but feel there are other factors at play and whilst conventional medicine either uses hormones or recommends doing nothing, I can’t help but look at the bigger picture.

One Chinese medicine study (5) has shown to have remarkable results in treating and delaying puberty for those showing signs of early development.  What this shows is there can definitely be more research done in this area given many doctors suggest other than hormones, nothing can be done.

I have come to know in my years as a practitioner and after seeing over 20,000 patients, that in almost all cases, even where patients have been told otherwise (ie you can’t have children or you can’t recover from endometriosis to name a few), nothing is permanent and that the body can be treated in a way that leads to optimal health, babies and or a better quality of life.

With this in mind, I really feel passionate about creating some discussion around precocious puberty (and many other uncommon conditions) because as it stands, for the majority who experience it (and it is not of a more serious nature ie tumour) it appears to be a treatable condition.

I love nothing more than helping young women live their best lives and whilst not 5 or 6 year old is concerned about their fertility, it is for certain that early onset puberty is worrying for the parents and the long term health of the patient.

And we must also be asking the question – why.  Why is this happening and what can I do to best support my body?

I would love to learn about your experiences, answer any questions you may have and create some healthy discussion around early puberty and puberty.