Is kale stuffing up your hormones?

HomeHormonesIs kale stuffing up your hormones? 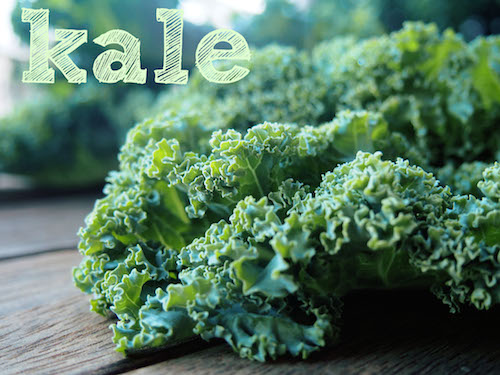 Original image can be found here

Always being guided by what you as the collective audience are into, I posted my regular morning routine on instagram last week; that includes a morning juice brought to me by my most favourite kitchen appliance, my slow juicer.  I’ll save up a post on slow juicing for another time, but you can check mine out here if you’re interested (and no I’m not endorsed by these peeps, I just love my juicer!). But anyway, there were a few very perplexed and possibly anxious instagram followers that quickly shared their concerns about kale.  You see, there has been a current buzz about the nasty effects the humble and much loved ‘super green’ may be having, especially when juiced.

Now, I for one never really jumped on the kale bandwagon.  Yeah I get that it’s good for me, and from time to time if it showed up in my veggie box, I’d make sure we ate it. I do also enjoy a kale chip or two in front of the tv on a Saturday night in.  Juiced… I’m not such a fan (on its own at least), maybe it’s just me but it has an oniony undertone that at 6am is not on the top of my list!  That said, some have told me they are obsessed and would easily chew through a bunch every day.  I’m glad I’m not up for their toilet paper bill.  And now I’m equally sorry to those of you who are visual people…

Of course, as with almost everything in life, we’re not designed to eat kilograms of just one solo ingredient.  Drink too much water, you’ll drown.  Eat too much kale and research shows us it affects your thyroid.  But in poor old kales defence, it surely isn’t the only vegetable that has a therapeutic affect. In fact, every single ounce of food you consume should without doubt have a therapeutic effect.  If not, why eat it?

So are the rumours true? Will kale bung up your hormones? Seems, yes it just might.

I found this for those who love a bit of science talk thrown in the mix. This was the explanation on the Oregon State University Micronutrient Information I found.  They kaley-thryoid knock on effect isn’t a myth, but…

Very high intakes of cruciferous vegetables…have been found to cause hypothyroidism (insufficient thyroid hormone) in animals (68). There has been one case report of an 88-year-old woman developing severe hypothyroidism and coma following consumption of an estimated 1.0 to 1.5 kg/day of raw bok choy for several months. Two mechanisms have been identified to explain this effect. The hydrolysis of some glucosinolates found in cruciferous vegetables (e.g., progoitrin) may yield a compound known as goitrin, which has been found to interfere with thyroid hormone synthesis. The hydrolysis of another class of glucosinolates, known as indole glucosinolates, results in the release of thiocyanate ions, which can compete with iodine for uptake by the thyroid gland. Increased exposure to thiocyanate ions from cruciferous vegetable consumption or, more commonly, from cigarette smoking, does not appear to increase the risk of hypothyroidism unless accompanied by iodine deficiency. One study in humans found that the consumption of 150 g/day (5 oz/day) of cooked Brussels sprouts for four weeks had no adverse effects on thyroid function.

See – kale and thyroids don’t mix when you are consuming kilograms of the stuff.  But a handful in your green smoothie or juice isn’t going to have the same effect so long as you don’t have a known thyroid issue.

In the research I’ve done, all specialists seem to take the same view.  Consuming regular amounts of kale each week won’t be doing any harm, in fact there are far worse things you could be chowing down on.  Substituting kale for a donut isn’t going to earn you points on the micronutrient front and in the scheme of things, if you can eat 1.5kg per day of kale, that deserves some kind of nobel prize.  What doctors have outlined is that it’s not that kale is poisonous or dangerous in normal quantities, it’s eating it in large volumes that becomes a problem because kale as we know and love it is absolutely a goitrogenic food – and that’s a good thing because of course, food is medicine!

A goitre may form when the thyroid isn’t functionning properly.  Very often associated with low thyroid function and typically those who have thyroid issues know about the state of the thyroid long before consuming buckets of raw kale or other cruciferous vegetables that have a similar effect (think broccoli, cauliflower, etc).  And then of course, we can’t forget the other nutrients that are contained in such foods that help us fight cancer, deliver nutrients to fuel our bodies and keep us on the whole all round gangbuster healthy.  Kale is extremely rich in vitamin C, packed with iron and of course it’s fibrous so it helps keep us regular.   It’s so important to always come back to normal body function and remind ourselves there’s always a perfectly good reason the body’s normal functions are skewed.  In this instance, the absence of sufficient dietary iodine sends the thyroid into overdrive, as the pituitary (that prompts the thyroid to make hormones) continuously sends messages.  The result; an enlarged thyroid gland to keep up with this constant badgering by the pituitary. There can be other causative factors of a goitre including hyperthyroidism, hypothyroidism and tumours such as cancer.  And of course both the pituitary and thyroid are hormone regulators – we need them working without hiccups for a more fertile you.

There are a few things you can do to safeguard yourself should you still be concerned – although I think we’ll all agree, everything in moderation unless you are very aware of something that is directly harming you in your own unique situation.

Cook your Kale.
In my book (co-authored) Eat Fat, Be Lean I talk about the importance of cooking produce to ensure they are safely digested.  Much of the produce we consume today was never intended to be eaten raw and for those who have poor functioning guts, it can be near impossible to digest raw foods.  This is a concept Chinese Medicine has long been banging on about – partially cook your produce for maximum digestion and to safeguard you against any unwanted effect especially in the case of kale and other cruciferous veg.

Up your Selenium/Iodine
By upping your iodine you will ensure that your thyroid isn’t working overtime.  Selenium will also help to support healthy iodine levels – think nuts (brazil nuts specifically) thrown in with your raw kale dishes to help balance things out.

Keep it small
A small handful of kale a day will certainly be of nutritional benefit.  A whole glass of juiced kale straight up may be nudging the border of too much. Find your balance.  Some people really can’t have raw Kale.

Of course you don’t want to miss out on the benefits of kale.  Be sensible, sit with what feels right for you and above all don’t get caught up in fear based decisions.  Do your research and work out what is going to work best for you.  To scare us all away from kale could have equally disastrous effects.