Dealing with Infertility, My way – A guest post by Amanda Moore

HomeFertilityDealing with Infertility, My way – A... 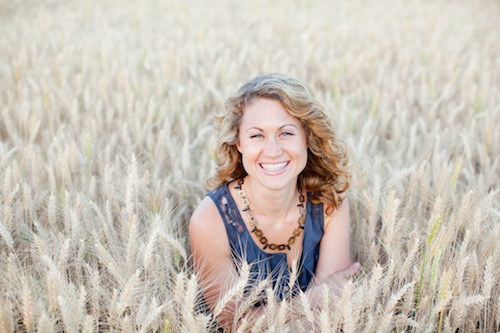 Frequently, hearing somebodies wellness journey gives me goosebumps.  Amanda’s was one of those.  She asked if she could share her story, and of course I knew long before she asked that her own trials and tribulations would resonate with others in the same position.  So today, Amanda tells of her fertility struggles, the path she is now on; to inspire you on a new level.  Coming together as a community I believe is one of the necessary steps to wellness.  Thanks Amanda for sharing this today.

Just over a year ago I was told by a fertility specialist that I was infertile and he believed the only way I could get pregnant was through IVF. This news wasn’t exactly ‘shocking’ as I always had a feeling that the complication from surgeries years before may have an effect on my ability to conceive and after a year of trying without success, I was starting to wonder.

However, in the deepest place in my heart I knew that his cut and dry point of view and even ‘professional’ opinion may not be true. I’m not being naive by any means, but I also believe in the power of the body to heal itself with proper nutrition and holistic attention. And also, considering the slew of tests my husband and I had done to show that my tubes were open, I had eggs, spermies were strong swimmers (and moving in the right direction), I felt he was jumping the gun just a tad bit, maybe even trying a little too hard to sell us a $15,000 dollar procedure.

After this doctor told my husband and I the news we tried one round of IUI, Intrauterine Insemination, which required me to be on Clomid and giving myself an injection that forced my body to ovulate on a specific day. To be honest, this went against everything I really believe in for myself but the desire to be a mom and have a baby took over my senses and I jumped into it as the exact day we were at the clinic was the first day I needed to start Clomid. The drugs made me nothing short of crazy, full of emotions and really sick. But despite all of that and more than anything, it just felt wrong to me. When aunt flow came a few weeks later I bawled my eyes out, part of which I attribute to the hormones, and decided no more.  I needed to do this my way. The way that felt right to me in the deepest part of my soul.

I also realised that I had to come to terms with the fact that we may not have kids. It really isn’t a given for anyone to be honest but as I approach my mid-thirties, I’ve had to start being really honest with myself, especially if I don’t want to take any extra measures.

Even say those words, a whole year later, makes my heart sink deep into my stomach. A life without having children to me is something I’ve never even considered. True, I can always adopt but what I’ve always wanted was to birth a child of my own and that was what I felt like I had to mourn.

So I spent about nine months trying to convince myself that I didn’t really need to have children. I told myself all sorts of things like, ‘think about ALL the money we’ll save” and “I can be an amazing aunt,” but sometime in September I realised that I was lying to myself. I knew that I didn’t want to take extra measures such as IVF or IUI but I also had been feeling ‘off’ for many years. My lack of sex drive, irregular periods, crazy PMS, those were all signs that something wasn’t right in my body.

I decided to try a new naturopath, one that I had heard great things about and made my first appointment. Upon meeting with them, I was immediately overcome with a feeling of hope for the first time in almost a year. First of all, this clinic has five naturopaths and they all work together as a team. I had two doctors in the room with me and as I told them my concerns, ailments and hopes, their excitement was palpable. They told me that I was their dream patient because I was so excited about healing from the inside out and after an hour and a half,  I left with a solid plan to begin the journey of healing.

It’s all about detoxifying my major organs and getting my hormones balanced again. That was number one. They put me on something called Unda’s, which are highly concentrated herbs that you take in a certain order up to three times a day. They also put me on a hormone balancing tincture that is also highly concentrated herbs that I take two times a day and I take homeopathic granules that I take twice a day at various stages of my cycle.

I’ll admit, it’s a lot and at first it was hard to stay on top of it all but now, it’s like an old habit because I know it’s working. The fact that for the first time since I was in my late teens I had a 28 day cycle made me literally jump up and down with excitement. With only being on the herbs and the hormone tincture for a month, my cycle suddenly was normal. For so many months the first site of auntie flow would literally bring me to tears but this time, I screamed with excitement and jumped up and down running into my husbands office.

I know, I know…only a holistic health coach!

I’ve dealt with horrible periods my whole life and finally it was normalised, lasting 3-4 days, light flow (sorry about the TMI) and basically no cramps. Um, can I say A-MAZ-ING!

Now, a month and a half later, I’m on a whole new set of number that are really intense. They are doing some major work on my liver, kidneys, colon and other major organs and I’m having some crazy detox symptoms but I just keep telling myself that this will pass and I’ll be healthier and feel better than I have in a very long time. I already see the light at the end of the tunnel.

I know that some people balk at the idea of holistic and naturopathic medicine but here is the thing; we live in a society that wants a quick fix right now and the thing about natural medicine is that it takes time because it’s repairing the damage and slowly healing from the inside out. It’s incredibly powerful stuff and it does work. You just have to be patient and give yourself the time to really heal.

I am in no way criticising Western medicine because without it, I would be dead. However, I think there needs to be a better balance and so many of our ailments can be reversed by working with your diet and a naturopath or some other specialist like a health coach.

I don’t know if I will get pregnant but what I do know is that I am doing my body a huge service by really giving it the love and attention it deserves. I’m allowing it to heal, to be cleaned out and whatever comes from that is going to feel pretty great. And hey, if that’s a baby, then that will be the icing on the cake.