HomeHormonesHow I reclaimed my period after seven years... 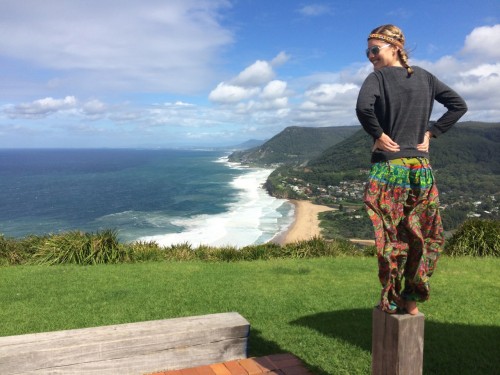 I first met the inspiring Amy when she was the editor at Grazia here in Australia.  I felt really drawn to her beautiful energy but I never knew how much of a power house she actually was.  When she told me her story, I felt compelled to ask her to put it into words that she could share, because I knew her journey was not only profound, but she would absolutely change women’s lives as a result.  She’s a very powerful message to share – one that I hope you may pass on to collectively come together as women and make a difference.  Before I hand over to Amy, perhaps her story resonates with you but your not sure where to turn to next?  Remember Debunking Stress is on the horizon and early bird prices are still available (shameless plug but one that I know might change your life!  So I’m prepared to plug until I can plug no more..)  Now over to Amy.

When I didn’t have a period for seven years, friends, therapists and doctors offered many different theories on the reason; because I’d had an eating disorder as a teenager, because I’d been on the pill for an extended period, because I was widowed when I was 23-years-old and my body had ‘shut down’ with grief. Over the course of its absence – from 2007 to 2013 – I blamed all of the above at times. Yet one common denominator between all these causes jarred with me. They were all in the past and there was nothing I could do to change them. I couldn’t undo my eating disorder, I couldn’t untake my contraception, I couldn’t go back in time and turn down the offer of a drink from the man I’d fall in love with and, three weeks after our wedding day, bury.

I am naturally a ‘fixer’. I face problems head-on and do everything in my power to solve them.

There is nothing more frustrating and disempowering then being told that an event from your past is damaging your present. So, I attacked my missing period, with the same aggression I’d put into my eating disorder. I Googled ‘infertility’ ferociously, I changed my eating habits dramatically. I banned running (which had been one of my favourite hobbies) and forced myself to meditate three times a day. I drank parsley tea by the bucketful and I avoided soy with a vengeance. I thought I was doing the right things and I was in a sense, but I was too merciless in my methods. In hindsight, rather then working to remove the fear that I carried, I was only adding to it with a new set of rules and regulations.

I remember my mum saying that my period would return when I was ‘happy’. This was in 2012 – five years after my husband died and even longer since I’d beaten my eating disorder. I thought I was happy… wasn’t I? But it seems my body knew something that I didn’t. I remember telling a friend that I felt my body didn’t trust me. If I put my palm on my abdomen below my belly button I felt like my insides were constantly clenched. If I loosened, if I softened, I was scared of what might happen. But instead of looking inwards I searched outwards. Despite the fact I knew on an intuitive level that my missing period had emotional causes, I still went for endless blood tests, scans and ultrasounds.

I remember leaving a doctor’s surgery in tears because I’d been told to ‘just’ go on Clomid. When I asked what mystery ailment we were treating he said the tests were inconclusive but that ‘It doesn’t matter what’s wrong because the medication will solve it.’ I couldn’t help feeling that, if my body was blocking it’s most natural function, it must be doing it for a reason. I never made a follow up appointment.

At the time, I remember a girlfriend telling me that I should ‘enjoy’ not having a period because when it came back the novelty would soon wear off. She was right in a sense. I was single at the time and not in a hurry to have a baby, however my thirtieth birthday was fast approaching and it had been nearly seven years since I’d bought a box of tampons. It sounded like a cliché but, as I tried to explain to my friend, I didn’t feel like a real woman. The question is, was that a consequence or a cause? Did I not feel like a woman because my periods had stopped. Or had my periods stopped because I didn’t feel like a woman? This question turned out to be key in my healing process, although I didn’t realise it at the time.

As I write this I am in the midst of my period – my sixth one in a row, which I greet like a lost friend every time. So, what changed? I’ll try and join the dots as best as I can, because I know other women in my situation will be looking for answers.

Firstly, I got distracted. As part of my work as a journalist, I accepted an assignment to hike 140km across the Tarkine rainforest in Tasmania and write about it. The preparation was so exciting and all-consuming that for six months I simply forgot to worry about what I was missing – and instead focused on what I had.

In January 2014, I spent a week in the wilderness of the rainforest with a group of eight, where my usual diet and fitness regime was impossible to follow. I was exercising more than ever (walking 30-40km a day) but I wasn’t doing it to punish my body. I was there to simply celebrate nature rather than count calories. Every night I’d look up at the moon (many cultures believe a woman’s period will sync with the lunar cycle) and before going to sleep I thanked my body for supporting me through the day’s adventure. I also let it rest when it needed to, with lunchtime naps and 8pm bedtimes, rather then pushing through tiredness as I would in my usual life. And on my final day in the rainforest my period arrived…

Since returning from the rainforest I’ve hung onto the lessons I learnt; to listen to my body, to invite flexibility into my life and to soften and be more vulnerable (these aren’t attributes that come easily to me but I’m getting better at it).

Recently I had an appointment with a spiritual healer, who I’ve visited every six-months since I was 23-years-old. The first thing she did was compliment my hair. It might sound superficial, but my hair says a lot about my psyche. In the aftermath of my husband’s death I dyed it dark brown and cut it into a harsh pixie bob. Now, it’s long, blonde and wavy. As I’ve into my femininity it’s softened with me.

My spiritual healer has her own theory on why my periods stopped in the first place. In a past life, she says, I died at the age of 17 after drinking contaminated water shortly after I started menstruating. On a cellular level, my body remembers what happened and so I associate becoming a woman with danger. The fact I was poisoned also explains my past obsessive eating habits, because I am frightened of trying new foods that could harm me. Of course, this theory will not resonate with everyone, as it’s easier to look to solid evidence, concrete cures and Western medicine.

However, I do believe that all of the pills in the world wouldn’t have coaxed my period back unless I’d made emotional changes. I needed to make peace with my body, with my gender and with myself. Now, when I put my palm on my abdomen it no longer feels like it’s caged. 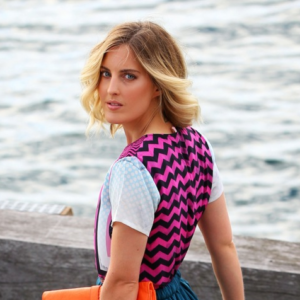 Amy Molloy is a journalist and author specialising in health and women’s wellbeing. Amy also runs yoga and therapeutic writing retreats as well as offering one-on-one workshops on how to use creative writing to enhance personal wellbeing. Follow her on Facebook.

Season 2 - Episode 9: How your emotions make you a better entrepreneur with Scout Sobel