The Lunar Cycle and the Time of Lunar Return

HomeFertilityThe Lunar Cycle and the Time of Lunar Return 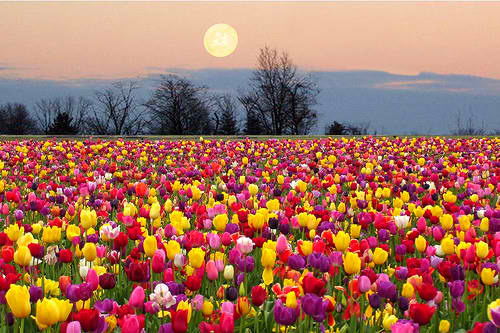 You may have heard of the term ‘lunar cycle.’ It refers to the idea that the moon has an influence on the body and the menstrual cycle. Have you noticed that you ovulate or menstruate with the moon? Francesa Naish first brought my attention to the Lunar Cycle and how it effects fertility. Francesa, a natural fertility herbalist, wrote the book Natural Fertility.

The word menstruation comes from the greek language and translates into ‘month’ & ‘moon.’ We have known forever that the moon pulls the tides, and given our body is 70% water, it should be no shock that it effects and influences the body. What might come as a surprise is the idea that you might be fertile more than once in your menstrual cycle – possibly outside the ovulation phase – this term is referred to as Spontaneous Ovulation, induced by the lunar cycle.

Firstly, how is it relevant to fertility?
Naish suggest that there are several ways in which the moon affects our reproductive function.
1. Gravity. Through gravitation pull on fluids – an ovum is suspended in fluid. If it’s in the right position at the right time, this will influence ovulation and the egg is forced to be released.
2. Light. Dependent on if the moon is new or if it is full, amount of light available changed. It has been shown that the moon increases levels of follicle stimulating hormone (FSH), essential for ovulation. The body also absorbs light in other ways – all essential to specific body function.
3. Ionisation. The full moon brings an increase in positive ions, while the negative ions proliferate as the moon wanes. The adrenals are particularly sensitive to this.
4. Electromagnetism. The electrical potential of living organisms increases as full and new moons have an affect on the nervous system.

Here is the interesting part:
The moon takes 28 days to orbit the earth; the same amount of time of a healthy menstrual cycle is. Of course this can vary from woman to woman but essentially it’s 4 weeks from the start of one cycle to the next. However the repetition of the phase of the moon at which you were born has a strong influence on your fertility. I hear you say huh? At least, that was my initial thought when I was first introduced to this idea. This means that if you ovulate – you’re fertile, however there is an added element – another part of your cycle influenced by the moon and your own body clock, in which you are also potentially fertile.

The Rules.
Jonas made the rules! (Dr Eugen Jonas) He had an understanding of astrobiology; a combination of astrology, psychology and medicine. Dr Jonas based much of his findings through working with Catholic women who were using the rhythm method. He felt that, “if there were any truth in the ancient ideas of astrologers, that Man and Universe were part of the same harmonic unity, then as important an event as conception must surely be subject to the same cosmic laws.” (Pg 100. Naish, 1999) Dr Jonas researched writings of ancient astrologers and discovered this: Women are fertile during a certain phase of the moon. He determined the patterns where a woman is fertile outside their expected mid-cycle ovulation time.

Rule # 1. The time of a woman’s fertility depends on the recurrence of the angle between the sun and the moon that occurred at the woman’s birth. Again, huh? Basically the concept is this. A woman is fertile at the same phase of the moon that was present at her birth.

Rule #2. The sex of the child conceived depends on the position of the moon at the moment of conception. So if a child is conceived in the male sign of the zodiac it will be male and same for the female. I just want to put in a caveat to this – please don’t go decking out the nursery in pink based on this. I can’t be responsible for redecorating costs!

Rule #3. The distrubition of gravitational forces, at the time of conception can affect the viability of pregnancy and feotus. According to Jonas’ you are fertile when the sun and moon are at the same relative angle as they were at the exact time of your birth, whether or not this coincides with your mid cycle ovulation.

There are still a lot of unanswered questions as to how this all works, but what has been established is that the lunar cycle is connected to, and has an affect on fertility.

Extra Ovulation?
The belief is this. Biologically tension, due to the effect on certain moon phases, builds up in a woman’s nervous and hormonal systems, and in the event of intercourse may lead to another follicle being released, resulting in a spontaneous ovulation. What Jonas went on to discover was that this event occurs at the time of lunar return (the phase the moon was in at the time of her birth). This is one way to explain those mystery conceptions or those which don’t match with ovulation or scan dates. It is possible, some of us get more than one chance a month to conceive.

Detecting the ‘extra’ ovulation is possible although not as clear as the mid-cycle ovulation. Women mostly report ovulation pain, a sudden temperature dip or rise and increase fertile mucus following intercourse. When I read this, my sceptical hat sat up tall on my head but as I continued to read Johnas findings he also observed that following this freakish event, the endometrium immediately begins to thicken and prepare for implantation! Amazing. The body certainly seemed to know exactly what it was doing.

So…..
Using this theory for conception (or contraception the opposite – protect!!) is simple. You time intercourse when the moon is in the same phase as it was at the time of your birth. Here is how it works: If you are born four days before a full moon, then potentially you will be fertile four days before each moon. Some women’s timing will fall within their ovulation phase, this means they get one GREAT chance at conception, whilst others will be far outside mid-cycle ovulation, giving them essentially two chances in a month.

To calculate your ‘extra’ day
This is tricky! However guess what I found? An iphone application that does it for you! Searching on my iphone and sure enough, should I want to know this date – I don’t have to get out my calculator, moon charts, dates, times and so on. I am not connected to or endorsing this product in any way. I’m actually yet to download it, but I have heard on the grapevine it works.

I admit that for a long time I was sceptical that such events could take place – an extra chance of conception in a month. This theory isn’t fully understood – mostly by those who need concrete proof. In my profession, proof is in the pudding not necessarily on paper! Whilst there are some aspects I am not fully certain of in Dr. Jonas findings, (one being gender selection with relevance to the moon) I think he was definitely onto something!

I’m certain there will be plenty of questions about this post. Thank you to the lady who wrote in and requested I blog about it. I had been thinking about sharing this idea for sometime, and coincidently this was to be the week I did. Don’t be afraid to ask any questions. It is an unique concept and I’m sure your query wouldn’t be dissimilar to many other women’s.